One controversial topic of corporate law refers to the extent of company managers’ duty of care. This concept tries to answer whether directors of corporations are only responsible to their shareholders, or also to other third parties, such as citizens and external organizations. Certainly, there are regulations in all countries that allow managers to consider third parties as well. Corporate actions are also successfully restricted in some countries to prevent torts i.e., invasion of legal rights.

Despite the presence of these constraining and well-designed laws, some companies still continue performing hazardous activities that prioritize the benefits of their shareholders over the benefits of other stakeholders and actors. For instance, an oil company can extract oil in a foreign country, even if this action contaminates the agricultural land, waterways, and groundwaters of a community of around 40 thousand people. This is the case of Shell in Nigeria. 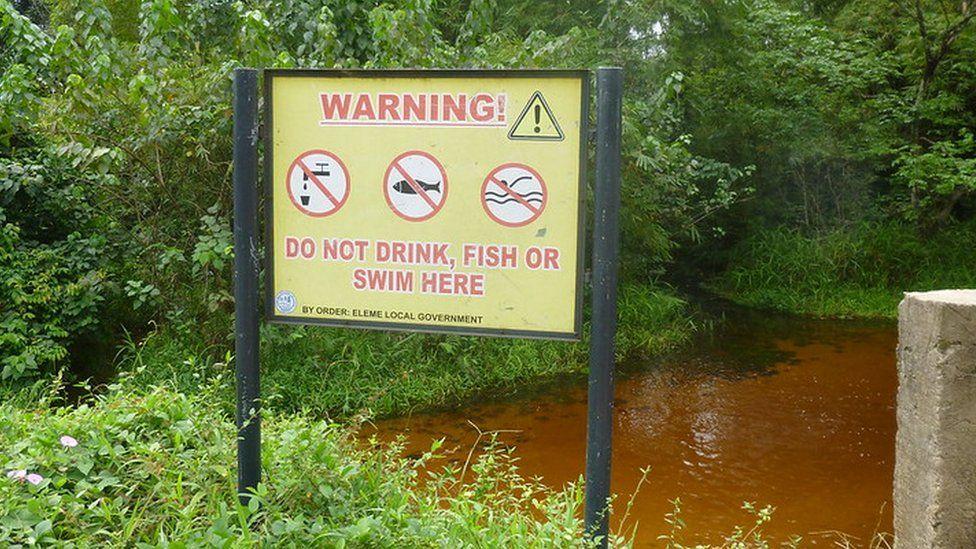 Figure 1: Pollution in the Niger Delta

Shell admits in its own records, without any concern, that the pipelines and equipment in the Niger Delta have caused at least 40 oil spills since 1989 and severe damage to the environment. According to the United Nations Environmental Program report (UNEP) in 2011, these oil spills raised the groundwater oil contamination in Ogale, a Nigerian town in the Niger Delta, 1000 times higher than the permitted levels, and water in the community was found to be unsuitable for human consumption. This oil contamination has impacted their farming and fishing productivity of the community, and has led to the emergence of health problems i.e., miscarriages and strange diseases. The UNEP report also states that the pollution requires at least 30 years to be cleared up from the area.

The number of cases against Shell regarding these oil spills keeps increasing. However, almost none of these cases are concluded with satisfactory results for the claimants. This is also because Shell operates through a subsidiary company in Nigeria. This means that Shell finds itself in a kind of asset shielding setting, limiting the damage for the company and the compensation paid to the victim communities.

What is more, addressing cases in Nigeria is a delicate process, which is a serious concern for the affected communities for a number of reasons. Firstly, there are several allegations that Shell supports Nigerian national institutions that can interrupt the independent working of the Courts. Secondly, it may take decades for Nigerian courts to conclude and deliver their judgment on a case, which means that the communities have a hard time keeping up with the proceedings for financial and practical reasons. Lastly, communities are bounded to suit Shell’s subsidiary instead of the parent company.

On the other hand, Shell is not happy with the situation either. In 2006, they were charged a $1.5 billion penalty for the damage given to the Ijaw community (Alford). This was more than 10% of the company’s annual net profit. The company is also constantly damaged by oil theft, illegal oil refining and sabotaging activities in oil extraction areas. They claim that these illegal activities are responsible for environmental damages, as well as considerable financial losses. Furthermore, the company has adopted a comprehensive carbon-neutral plan, meaning that these hazardous activities are to be ended in the long-run. In fact, Shell is aiming to achieve net zero emissions not only for the company, but also for all products used by its customers.

While both sides have serious complaints about the current situation, the latest UK Supreme Court decision can be a game changer in some respects. Okpabi v. Royal Dutch Shell Plc is one of those cases against Shell’s environmental contamination. More than 40 thousand claimants joined together to sue Shell’s parent company in the UK in a class action, claiming that “the parent company, Royal Dutch Shell (RDS), is directly responsible for its subsidiary’s actions of oil spills and pollution from pipelines, arguing that RDS owes them a duty of care, which it had breached by failing to prevent or remedy the extensive damage to their communities.”

The first issues with this claim is the extent of the duty of care. If the company has the legal freedom to act in this way, the court shall not consider company actions. Only if the extent of this duty of care refers to protecting local communities, should the court look for a breach or negligence. The second issue refers to the location. In order for claimants to sue RDS in British courts instead of Nigeria, the British courts must have received an arguable case that RDS, instead of its Nigerian subsidiary called Shell Petroleum Development Company of Nigeria (SPDC), is directly responsible to the claimants. Since all the activities were executed in SPDC’s area, the British courts were expected to reject the case. However, after a long process, in February 2021, the UK Supreme Court finally decided that the claims in the Okpabi v. RDS Plc case can proceed against the parent company, RDS, in British courts.

Although the trials are yet to be concluded, this latest decision brings hope to local communities, who had a hard time demanding justice. They believe that this case will be an example for the future in terms of the extent of duty of care and the liability of companies to the victims of their operations. This may also serve as a ‘glimmer of hope’, which will allow oil companies to reconsider their polluting activities after receiving pressure from the political and social context in which they operate. Still, this is just the beginning of a lengthy process. As hopeful as these developments may be, the UK Supreme Court has declined several other cases accusing parent companies in the UK, implying that not all claims will be accepted without an arguable case.

Consequently, the Okpabi v. RDS Plc case is certainly a breakthrough for all local communities damaged by corporate operations. It has the potential to be a flagship for all similar cases, and the results will be very decisive on other corporations’ actions in the future.