The world is facing one of the most severe energy crises that ever happened and incumbent policymakers are criticized for dragging their feet. Following the unprecedented incidents in the energy market last year due to the pandemic outbreak such as the record lows in fuel prices are now reversing the course of matters and maybe precipitating the probability of new record highs. Energy consumption is already back to its 2019 levels, yet energy production apparently cannot keep up with the increasing consumption ranks. How will this issue conclude?

Beginning from the last quarter of 2019, the world was on the brink of getting into a new global pandemic crisis. There were other virus outbreaks in the past, yet the novel Coronavirus has been the one which globally affected our lives. While people across the world were being confined to their homes, several lockdown and travel restriction measures began to be imposed. This inevitably culminated in an abrupt drop of both energy supply and demand. The fact that US oil future prices have seen pricing in the negative territory for the first time in the history, tells a lot about the severance of the contingency. In the meantime of lockdowns, people expected further drops in energy demand given the situated status of remote working and looming uncertainties. The course of events have developed the other way round and the fast economic recovery -particularly in the industrial sector – jacked up the energy demand. Countries did not return to the full capacity production of fuels and it caused the skyrocketing price, still it does not seem like oil producer countries are discontent with it.

Yet, the biggest concerns over the energy crisis emanate from the latest developments in the natural gas landscape. Natural gas prices surging up more than %500 in Europe over one year is the reason why people are worried that this year’s winter will be deadly hard. The question of what the key driver of this crisis is is highly contentious.

The European political sphere tends to blame Russia for the supply shortage that has been observed lately. Putin declared that they will not change the quarterly production despite the serious market crunch whereas the claims suggesting Russia is using natural gas as a political weapon are being spoken out more often. Subsequent to the strained relations with Europe due to the annexation of Crimea by Russia, Moscow is undeniably anticipated to use its rich natural gas sources as a leverage given the fact that Europe is already significantly dependent upon the Russian gas. Moscow is deemed to be sustaining the tight supply conditions with a view to push for the rapid approval of the controversial pipeline project (Nord Stream 2). The Putin administration has been engaging in prolonged efforts for having this project approved given the fact it provides the opportunity to transiting the gas supply directly through the Baltic Sea and bypassing Ukraine. This project  undoubtedly holds the potential of altering the geopolitical balances in the region along with impacting the future of energy security in Eastern Europe. Considering the significance of this project, Putin made no attempt to hide his intention, stating that the gas flow would have increased the day after the approval of this project. Nevertheless, they have denied the claims that they have been intentionally cutting back on gas supply,  furthermore they committed to provide more supply after they replenish their own storages.

On the other hand, Russia is conversely accusing Europe of paving the way for the current shortage problem. According to them, Europe lagged behind in securing adequate gas capacity ahead of winter. Moreover, Russian president Vladimir Putin noted that Europe rushed towards the green transformation goals, limiting the fossil fuel production and other types of conventional sources a way earlier than necessary: consequently they are now suffering from energy shortage. This interpretation is strongly declined by the climate change representatives of the EU, emphasizing the fact that this energy crisis should not defer the green transformation goals of the union, rather it should incite them to further gear up the process. It is accurate that many European countries are rapidly taking steps to combat climate change in light of new conventions by EU and UN climate summits. In addition to attempts to replace fossil fuels, Germany is also concerned with bringing an end to nuclear energy by gradually shutting down several plants. However, this policy is also heavily criticized by many, suggesting that the government overlooked the growing demand and the rushed transition obliged Germany to resort to either import or fossil fuel which clearly conflicts with the climate goals. There is no doubt that the adjustment process will be costly and compelling, but we should bear in mind that a complete transition will accomplish our journey to a greener and sustainable future.

Natural gas is not only a means for heating but also a substantial component for European electricity production. Therefore, even the dreads of electricity blackouts get to emerge in the continent. Meanwhile more and more countries are now questioning the situation of being heavily reliant on Russian gas, they are seeking out for other alternatives. In addition, Belarus also threatened the EU with hampering the gas flow from the pipeline, subsequent to the immigrant crisis that arose on the Poland-Belarus borders. These developments obviously portray the dependence and lack of leverages Europe has over the issue, making it an open target for ultimatums. Several members surely proposed to ramp up the sustainable energy capacity however it is clear that it will not put out the fire that is happening now. Thus, misgivings about a continental economic slowdown started to emerge due to inflationary pressures and the disruption of supply chains. Given the fact that the households from the middle and low income group are going to be the most vulnerable ones to the changes in heating and electricity prices, the first measures taken are the ones aimed at mitigating the adverse effects on these groups. Countries such as Italy and France are already carrying out plans to absorb the price changes and easing the heavy impact of %500 increased prices thanks to the fiscal adjustments. Sources from Brussels also remarked several measures planned to cushion the price surges, such as a joint gas purchase. Additionally, France is also giving away 100 € aid to drivers to mitigate the rising fuel prices. While the situation continued to aggravate, Russia had not made any attempt to increase the gas flow even though their storage tankers were refilled. However, following the pressures to fulfill their commitment, Putin ordered from Gasprom (state-owned energy giant) to scale up the transition from pipelines. This development immediately showed its effect on the market and the natural gas future prices have remarkably declined. Other measures also being considered by the authorities after this slight settlement of the issue, nevertheless this crisis showed many countries that the continent’s energy supply was not sufficiently secured and made many countries to reconsider their transition policies and the timeline they set for green transition goals along with the idea of resorting to the support of nuclear power for facilitating this process. It has been a clear statement of fact that countries must speed up sustainable energy investments a great deal, and must be much more cautious and well-prepared for the abrupt changes in the energy market. The contingency plans that are now being laid out for the crisis by the institutions should be considered to be extended also for future crises. 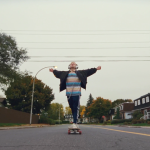